I'm a science fiction and fantasy author, freelance editor and stay at home father of three. Check out this site for sample chapters of my fantasy novel Hunters, as well as writing tips, parenting adventures and occasional words of wisdom.

Read other writing advice blogs on my writing page!

Why I Fall In Love With a Manuscript 3: Your Characters Breathe

Unless, of course, they happen to literally be suffocating.

When I hear your characters’ voices in what they say and see them in what they do, I can’t help but fall in love.

Characters need strong identities. As an editor, I need a sense of who they are early on. I need to see their personalities in their actions and speech. Dialogue should be so personal no other character could say it, and actions so unique only one character would react that way. 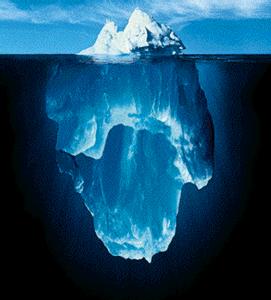 This is where good preparation comes in. Characters are like icebergs. We only see ten percent of them above the water, but we can sense the ninety percent below that moves them. A character’s background informs what they know, how they speak, and how they react to situations. Remember all that work you put into backstory but never got to tell us? This is the part of the iceberg that shows through. Say your character walks by a homeless man on the street. Did your character grow up poor, or was she raised demonizing the homeless? Did she grow up in a military home, which explains why she gave a homeless veteran money while she passed by a dozen others? With one simple encounter, her actions and words reveal her character and make her feel real and alive.

Another often overlooked element that brings life and dimension to characters is the little nuances, the nervous ticks and dialogue tags the character has. Heath Ledger’s portrayal of the Joker in The Dark Knight is one of the finest acting performances in years. So many elements went in to his character, but the most important pieces might have been the most minor. He made the Joker real by constantly flicking his tongue out and licking his lips. Playing with his ratty, greasy hair. Moving his hands in a subconscious, jittery flow. All of these nuances added to the chaotic insanity of the character.

Be sure to add these details to your own characters to reinforce their personalities. Maybe your protagonist chews his fingernails to the quick, plays with the brim of his hat, strokes the edge of his chin or jogs his leg when he’s sitting. Perhaps he runs his hands along everything he encounters or doesn’t look directly at anyone when he talks. These elements are small, maybe a few words of description here and there, but these small, unique quirks speak volumes.

Take a great character (say, Sherlock Holmes) and analyze him. Would any of Sherlock’s dialogue or actions feel comfortable coming from John Watson or Moriarty? Would any of his actions? Of course not. Make sure your characters are just as alive.

Build Your Story By Scenes

“As you know, Bob…” is the worst dialogue phrase in existence. If Bob knows, why are you telling him? It’s so you can tell the reader. What follows is likely a patronizing infodump that takes the reader out of the story.

Good dialogue trusts the intelligence of the reader and lets them fill in the gaps without holding their hand. It breathes life, personality and individuality into your characters. Good dialogue hauls your reader into the story and doesn’t let go.

So what’s the secret to learning to write dialogue?

The very suggestion feels dirty. We’ve been taught since childhood not to listen in on private conversations. But it’s the key to writing good dialogue. Besides, everything a writer does is dirty in one way or another. And doing dirty things is a lot of fun.

Go to your local coffee shop, sit down next to a full table and listen to the neighboring conversation. Pay attention to each person’s voice, mannerisms and word choices. Take notes in the notebook you carry for story ideas. (You do carry one, right?) Listen to what they say… and more importantly, what they don’t.

Eavesdropping lets you absorb the nuances of real dialogue. It drives home how much you don’t need to know in order to follow a conversation. The people at the next table are not going to tell each other what they already know. Moreover, they aren’t going to tell you, the dirty eavesdropper next door. You have to figure out the backstory yourself based on context. And you’ll be surprised how well you do. They may make references you don’t understand, but you either figure them out based on context, or decide they’re not important and move on.

Readers are the ultimate eavesdroppers, able to spy on the most private details of your protagonists’ lives. By delivering dialogue that trusts your readers’ intelligence and makes your characters feel alive, you make your narrative that much more compelling.